You are here: Home / VISIT US / History 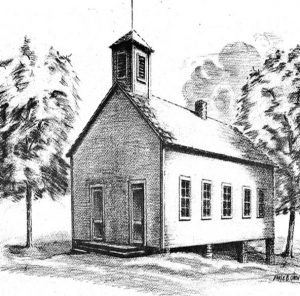 The Methodists erected the first church in Hickory (Hickory Tavern) in 1866, with a congregation meeting before 1859. Land was given to Andrews Chapel of the Methodist Episcopal Church South in 1871 by Mr. and Mrs. Henry Robinson and the building is thought to have been completed in the same year. No photograph exists. It is described as being “of wood construction, approximately 30 by 60 feet in size, with a steeple, and painted white. It faced west, and there was an uncovered porch in front, with steps all around the porch.” 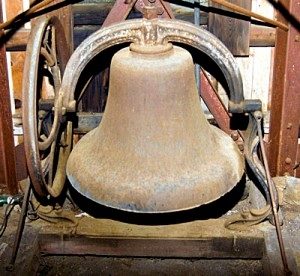 Even before the first building was built, Dr. J. T. Johnson, a very strong supporter of the Methodist Church in Hickory, purchased this bell and placed it on a water tank at the railroad track just west of S. Center Street. It was the only town bell and was rung as a fire alarm and on special occasions.

It now hangs in the steeple of the present church building where it is rung on special occasions. The first building was soon outgrown and was considered by some to be a “chicken coop”. 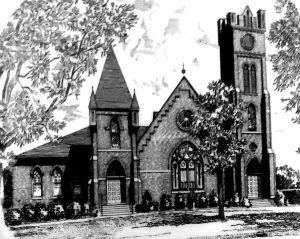 Construction of a new (second) building was started in 1896 and completed in 1899.  The interior was said to be noteworthy with “fine woodwork and graceful ceiling arches… The art windows” were “considered outstanding in their simple beauty.” By 1944 it became evident that the second building was in need of major remodeling. New property was acquired, and plans developed, but many of the members objected to the low-lying marshy spot that had been purchased for a new building (NE corner of Third Avenue and Third Street Northwest). 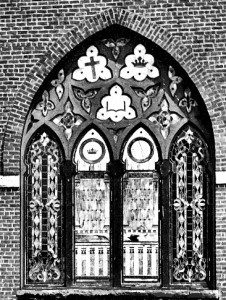 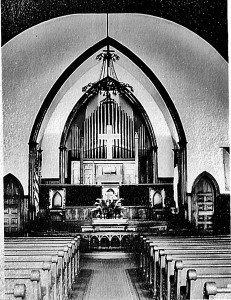 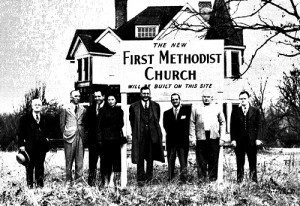 The old plans were discarded, and a colonial design was adapted for the new ridgetop location. 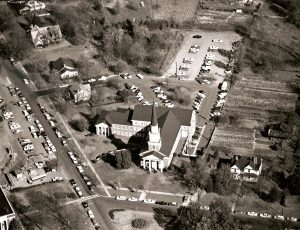 The Youth Building, built behind the 1952 building was completed in 1970. It served as the hub for youth activities including scouting, and also was a meeting place for other groups. It was replaced by the Christian Life Center in 2003.

During the early 90’s, it became apparent that more room was needed for the church to grow. In February, 1995, a new Long Range Planning Committee was organized, and the architectural firm of Atkinson, Dyson and Watson was retained to develop a 10-year master plan.

A plan was developed and approved to add a major addition in the form of a Christian Life Center. A building committee was elected in November of 1998, and construction of a $4,000,000 + addition was approved by a Church Conference on 12/10/2000. 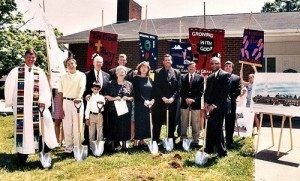 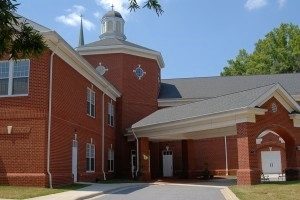